Britain’s planned exit from the EU infamously referred to as ‘Brexit’ has been one of the biggest shake-ups in modern-day politics. Never out of the news for a day or two the event has been incoming for the past 2 years and there have been drastic effects for both supporters of Britain’s exit from the EU – “Leavers” vs. supporters of Britain remaining in the EU – “Remainers”.

In order to highlight the importance of this event and the effects it could have, as it has not actually happened yet, the team at MoneyTransfers.com have compiled a mega infographic that showcases not just the impact of the GBP, but also the potential impact Brexit could have on various UK industries. Due to the size of the graphic we’ve kindly broken it down in digestible chunks for our users.

The Timeline of Events so Far

A lot has happened since the decision to leave the EU was made by the British people, and with the current exit date set as the 31st of October 2019, there is plenty of time for more turbulence. In this timeline, we’ve shown the key events up to now and what the GBP price was at that point.

How has the pound reacted? In our next section, we’ve outlined the effect on the GBP vs. USD, and the GBP vs. EUR, both key currency pairs to consider when sending money internationally.

Currency rates fluctuate daily but with the huge news of Brexit, the GBP rate has had a volatile time of it, from the announcement of the referendum to the result and to where we are now!

In our next section, we’ve plotted how the pound has reacted to the key events during the Brexit process, against both the US Dollar and Euro.

Brexit will affect numerous industries. For the most significant and those that affect the most jobs we have analysed the potential effects should the UK crash out of the EU with a ‘No-Deal’ scenario.

The UK automotive industry is already experiencing some of the effects of the looming threat of Brexit. Companies are hesitant to invest and some have already confirmed closures, Ford have announced their Bridgend factory will close in 2020, whilst Jaguar Landrover have also signalled closures affecting up to 5000 jobs. The potential impact of Brexit on the Automotive Industry is:

The rate of GBP is closely tied to major economic factors that govern the UK, inflation, GDP and interest rates are all tied to the rate of the British Pound. Significant changes in policy will directly affect the amount of spare cash you and I will have on a monthly basis, below we have highlighted the potential impact Brexit could have on the Financial Industry:

The tourism industry will also be massively affected by the decision to leave the EU. A huge factor has been the depreciation of the GBP, meaning that costs for those travelling abroad for holidays will certainly increase. Airlines have also confirmed that airfares will likely increase due to increased tariffs. The potential impact of Brexit on the Tourism industry is outlined below:

The Real Estate Industry again is already feeling the effects of Brexit before the UK has even left. House prices in London reduced for the first time since the Financial crash in 2008 and with demand for retail property falling as investment has stalled, fears continue to grow for this industry. The potential impact of Brexit on the Real Estate Industry is outlined below:

The Import and Export Industry is thought to be one of the most affected industries. The simple fact that with no deal between the UK and the EU, the UK would fall back onto provisional agreements which have some of the worst tariffs in the world. Significantly affecting the prices paid to import and export goods and services. Below we have outlined the major potential impacts that Brexit could have on the Imports/ Exports Industry:

The online industry prides itself on its ability to work easily across borders but with the impending departure from the EU, UK online businesses could stumble into significant challenges that would affect their key revenue drivers. The potential impact of Brexit on the online and Ecommerce Industry is outlined below:

For ease, we have plotted the key events that have affected the Brexit process from, former prime minister, David Cameron’s announcement to the current day. Each date has been aligned with the GBP rate against both the USD and the EUR, so you can see the fluctuations over time.

The current date that the UK is set to officially leave the EU is the 31st of October but there is still a lot of work to do before then.

As, former prime minister, Theresa May has resigned, the Conservative party need to elect a new leader and in turn a prime minister. The new leader will then be tasked with getting a better deal from the EU than Theresa May could manage. Getting any deal through parliament may be their toughest task, as proved by Theresa May, who found it to be a huge problem and ultimately the cause of her downfall.

The Conservative party do not need to do this but with enough pressure, their hand may be forced.

Future of Brexit and the pound

As Brexit is still as uncertain as ever, the pound will continue to be a volatile currency and move on any significant news coming from the Brexit process. We look at what events could affect the price of the GBP moving forward:

As we have mentioned, there is still a long way to go in the Brexit process and even if the UK leaves on the 31st of October it is still unclear how it will fair on its own. Industries will be forced to adapt to new regulations, tariffs and other effects that Brexit will undoubtedly throw at them. The British Pound will continue to fluctuate until there is some more clarity about the UK’s position with the EU and generally in the world.

Clarity is what businesses and currencies can prosper from, uncertainty will continue to have people speculating, which is why we see volatility in the financial markets and why businesses take safety precautions to look after themselves, which normally involves cutting costs and reducing in size. 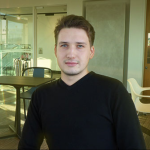 Artiom coordinates the PR and Outreach for MoneyTransfers.com. A marketing graduate from the University of Portsmouth, Artiom’s primary experience is in PR and Outreach but he has a broad knowledge of search engine optimisation and all facets of digital marketing. He optimises the organic experience on MoneyTransfers.com with the content team manages and creates unique marketing tactics, and generally supports the overall growth of the website.